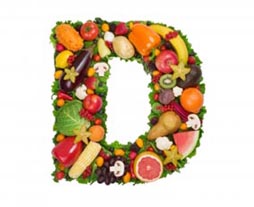 Vitamin D, also known as Calciferol and commonly referred to as the ìsunshine vitaminî, is one that everybody needs, yet it is the least prevalent in food sources. Gained from ultraviolet sun rays, vitamin D is primarily formed in the skin. It is essential to the growth and development of humans and is of great support to the immune system.

The nutritional benefits of vitamin D are of great significance at any age, but particularly for young children. A few of the most noted benefits are as follows:

As it supports overall health and immunity, other health benefits of vitamin D include:

People who live in areas that experience low levels of sunlight are at the greatest risk for developing a vitamin D deficiency, as are people with dark skin. Also, a breastfeeding mother, who is deficient in vitamin D, can cause a deficiency in her child, as well. The following is a brief list of vitamin D deficiency symptoms:

Certain medical conditions may also cause vitamin D deficiencies. In particular, those who have had a portion or all of their stomach removed are at greater risk. A few of the other most notable conditions to be aware of are:

Although sunlight is the best in terms of sources of vitamin D, foods with vitamin D include:

Vitamin D toxicity may occur due to the body’s inability to excrete an excess amounts. Stored in the liver, and also found in the skin, fat, brain and bones, excessive unused amounts of the vitamin can be dangerous. Symptoms of toxicity may include:

Although vitamin D exists in a limited amount of food sources, 10 – 15 minutes of sunlight twice per week is enough to prevent vitamin D deficiency symptoms. As adults age, the skin produces less of the vitamin and, thus, some supplementation or an increase in foods with vitamin D may be necessary.